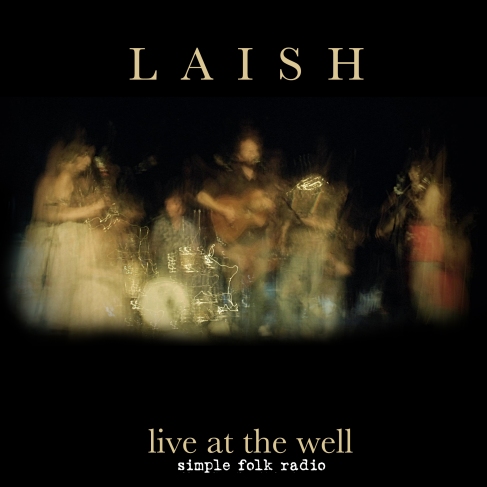 One afternoon last October, a day or so after a UK tour and feeling pretty gig sharp for it, we took ourselves to Dave The Well’s studio in Hove to record a live session for Simple Folk Radio.  Dave’s place is a totally unkempt house full of musical equipment and wires and old machines.  One of those real curio gems that you dream about discovering as a musician.  Totally inspiring but also a bit of a mess.  Dave himself is a wonderful fellow, utterly calm, generous and totally committed to finding the best sound of everything through vintage gear.  You can tell it pains him to have to mix down to digital.  He would hope everything would be mastered straight to vinyl and left sounding how god intended.  What a fraud I feel making this a download only release.  But hey, we have other things in the pipeline and I just wanted to share this with the world because I think he really caught us at our best.

Dave is a songwriter himself but has yet to fully share his work with the world.  But as an engineer/producer he has previously worked on these two releases which totally destroy me and thus his legacy is already assured.  Definitely required listening.

So on the day, we rocked up, set up, checked the levels and then basically played Dave a gig.  It was recorded entirely live direct to 2″ tape.  We recorded 14 songs in five hours, 12 of which made this final cut.  The radio show went out in March this year (you can hear it here with myself and Dan drummer Harding in the room).

The album is available to download from the 26th August for a fiver, but you can pre-order it now and get two choice cuts from it.  The song Vague is a bit of a live favourite and has yet to be officially recorded, though I feel that this version feels definitive.

I have just returned from playing at bassplayer Patrick’s brother’s wedding in Cambridge. We did a first ever wedding gig.  We knocked out a moving rendition of Blackbird (the Beatles song, as requested) and then flew through the most raucous live set we have ever done, trying desperately to keep the dance floor alive.  Enormous amounts of fun.  Feeling very excited about End of the Road Festival.

Here’s the gig update.  Mostly I am doing solo shows for the meantime until we figure out how to get to grips with the fact that violin Martha has moved to Berlin (gulp!).