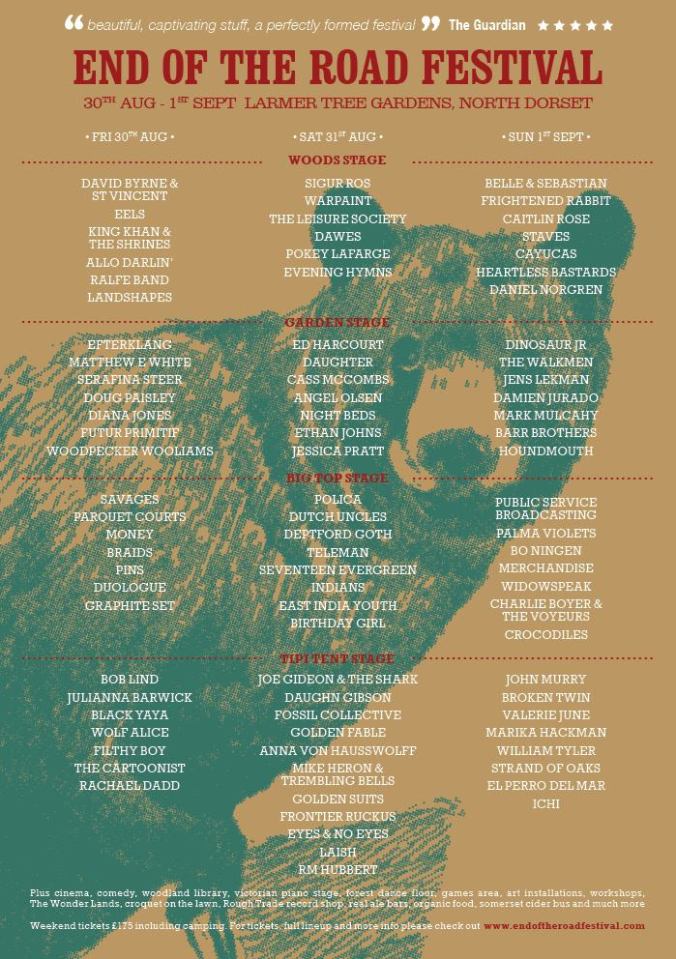 So the summer has finally arrived in the UK.  I’m making the most of it, getting in the sea as much as possible.  If I’ve been quiet in the online world recently, it is partly because I just spent a month in India and the internet just didn’t hold my attention while I was there.  I was busy looking at mountains and things.  Still, I’m back now and I have work to do.

Here’s the gig update.  Pretty excited about Mandstock Festival in the Italian Alps.  I do like to get around.   And then End of the Road Festival.  Can you see our tiny name there right at the bottom of the bill? Well, just above RM Hubbert, the lucky thing.  And then where do we go from here?  I have a run of solo shows in the diary and some recordings to reflect that coming soon.  You’ll be the first to know.  I’m open to ideas…