Well here we are. It’s been a heck of a time since the last post. A whole month. A strange time.

You find me crouched on the vague brown carpet of my Hove flat, listening for the first time, with chuckles and glee, to Joe Gideon and The Shark who are headlining tomorrow night at the Hurdle Hop at The West Hill Centre in Brighton. I aim to get down there with my young cousin and his friend and do me a half an ale.

This morning was spent on the lawns by the sea. I was having a gentle stretch with Rory and Effie, embracing the rays of this glorious blustery summers day and pondering a swim in the inviting blue ocean. One of our favourite past times is watching the small dogs of the town go about their business.

Today a man I would describe as middle aged was literally wrestled to the floor by his own dog; who in turn was being brutally attacked by a wild Staffordshire bull terrier off his lead. It was a quite a sight. Another dog had somehow got involved, and there was this old chap, bless him, in a four way struggle, doing half a cartwheel, before roughly hitting the deck in an awkward shameful mess. I was of course concerned with the safety of all involved, but it was bloody funny. The dog’s owner, a young blonde woman (she had blonde hair in the frankly typical sense) blamed the old fella’s rather placid dog for the fight –  in a voice that would inspire a tired army to violence. The old guy had developed a new limp (and I think a nervous twitch) by the time he walked past us following the attack and seemed rather shaken by the whole thing. Rory consoled him briefly and we went back to our stretching.

This summer is shaping up rather nicely. Two weeks ago we had an exhilarating trip to Latvia’s Positivus Festival with Sons of Noel and Adrian, Shoreline, The Climbers, Miserable Rich, Woodpecker Wooliams and The Leisure Society.   Somehow I managed to avoid all of the celebrities that were kicking around. Shaun Ryder, Scissor Sisters, Muse.  Instead I spent my time swimming in the warm sea, thrashing indie bands at table tennis (I am as yet undefeated – in my entire life), and generally tucking into the generous rider. I managed to play on stage with Sons of Noel and Adrian, Shoreline and The Climbers. Memorable and fun it was indeed. 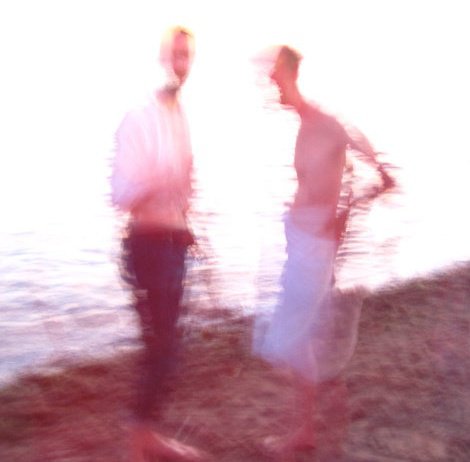 A blurry Danny and Alistair in Latvia

I did a secret (last minute!) supporting slot for Ichi and The Hand (Rachael Dadd’s band) at the Prince Albert on Sunday. It is always a pleasure to see Rachael in action.  Her album After the Ant Fight is a massive winner.

Laish and a fairly decent Willkommen contingency are playing at The Big Chill festival next weekend.

I have also been putting the finishing touches to a recording of a new song that I’ve been playing since the Germany tour. Visions of the Future it is (perhaps pretentiously) called.  It is going to be on Willkommen Records Vol2, the next label compilation.  It is also getting an airing on BBC Southern Counties radio this Sunday evening, though at time of writing I don’t have any more details about when the show is on.

In the meantime, we are actually trying to release our debut album which should actually be physically a thing to hold in your hands and rip onto your mum’s laptop.  November.  You’ll see.

Right then, songs don’t record themselves.

Let us not be apart for so long this time.
Danny x

One thought on “Dogs, Latvia, news round up and promises”