Calling Wolverhampton!  We are playing at the Newhampton Arts Centre on Saturday 8th May.  Apparently it’s been selling well so buy a ticket eh.  Son of Kirk are supporting and they sound niiiice.

Also, we are doing two Great Escape Fringe shows on 15th.   A midday show with Curly Hair, The Hornblower Brothers and Foxes! at Pav Tav.  And then Danny is doing a solo show at The Geese in Hanover.  I believe both are free so get on down.   I’ll be hosting the Trembling Bells after their Pavilion Theatre show and probably still a bit confused after an early morning show on Friday night with Sons of Noel and Adrian/Peggy Sue/Alessi’s Ark.  Here’s a flyer for the Pav Tav. 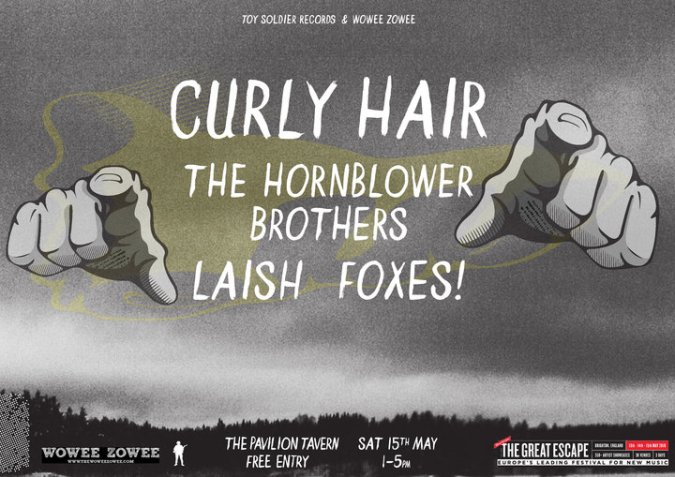